Which Eye Do You Aim with in Archery

Maybe you’re interested in archery, or you just started, and you’re not sure which eye to use? And why does this matter? It’s pretty simple: you want to line up your dominant eye with the bowstring and arrow shaft for better aiming.

So to answer your question, “Which eye do you aim with in archery” – For the vast majority of archers, it’s your dominant eye you should use to aim. So what’s the deal with your dominant eye? Your dominant eye is that one that sends better visual information to your brain for seeing.

How do you Test for Eye Dominance?

There are two simple methods that you can use to test your eye dominance,

To find your dominant eye, create a triangle using your thumbs and forefingers, as shown in the video. Now frame a distant object such as a clock on a wall within this triangle, keeping both your eyes open, then close your left eye – if the object stays centered, your right eye is your dominant eye.

If the object moves out of the Center, your left eye is your dominant eye!

Now open the left eye and close the right eye and observe the alignment again.

It is likely that when you close one eye or the other, your alignment is off. You can see that you’re not pointing directly at the object anymore (at least that’s what your eyes are telling you)

The eye that kept the alignment straight is your dominant eye!

If you did this simple test and the alignment of your finger and the object didn’t appear to move (when you closed one eye or the other), you may have central vision.

Why is Parallax and Eye Dominance Important in Archery

Eye dominance is also called ocular dominance. Knowing about the Parallax effect is important because it is an optical illusion that makes things seem like they’re displaced from their actual location.

Here is an easy test to show how the parallax affects your vision. Put your arm out in front of you and point your thumb up. Focus on your thumb, then close your left eye. Now, open the left eye and close the right eye. Your finger “moved” horizontally while you switched your eyes.

Does Shooting an Arrow with one Eye closed help? 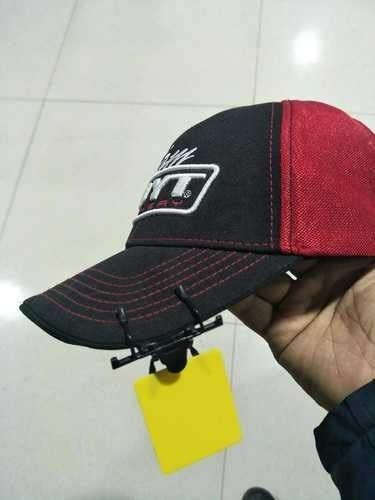 While shooting with both eyes open may be effective for some archers, it may not be the best idea for others. According to the study, roughly 70% of men possess an eye dominance corresponding to their handedness (right eye dominance, right-hand dominance, and vice versa).

Those people are likely to be able to shoot with both eyes open effectively. Cross-dominant individuals (e.g., right-handed and left-eye dominant) may have difficulty recognizing the target location due to the parallax effect.

To an archer, eye dominance is crucial because most of us have one eye that functions more efficiently than the other. In contrast with our ability to see with both eyes, you focus on your dominant eye during the aiming process. In most cases, the dominant eye will be correlated with the dominant hand.

Should you Shoot with your Eye Dominance or Handedness?

People often ignore the parallax effect and take eye dominance (ocular dominance) for granted. The tendency to receive visual information through either the left or the right eye is known as ocular dominance. When you shoot a bow, having the ability to shoot on the “same side” as your dominant eye will give you an advantage.

Why? Well, it’s easier to align string (or peep sight) and eye if both are on the same side.

Nevertheless, it is possible to shoot well even if you happen to be cross dominant, meaning that you are right-handed but possess left-eyed ocular dominance or vice versa. But, you need to understand and learn how to compensate for the parallax effect. Basically, you may have to aim right or left of your target. This is also referred to as windage.

Bowhunters and competitive archers may want to retrain to shoot with bows that match their dominant eye to shoot more accurately.

What Is Cross Dominance?

But some folks are cross-dominant, meaning that their dominant eye and dominant hand are on the opposite side. As said above, the ocular dominance of the right-handed individual is usually the right eye. Still, some individuals are left eye dominant (or vice versa) even though they are right-handed.

The American Academy of Optometry published an abstract about this phenomenon, and their study showed “that 43.5% of the general population exhibit cross dominance.”

In other words, it is not so uncommon as generally assumed! In archery and other sports that involve aiming, cross dominance is a slight disadvantage.

The good news is, you can compensate for this disadvantage by adjusting your horizontal point of aim at the target (windage) or training your weaker eye to aim (by closing or covering your dominant eye).

Can a Left-Eye Dominant Person Shoot a Right-Handed Bow? 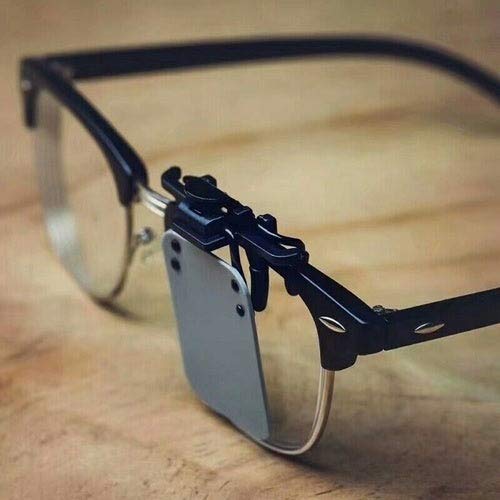 Most archers believe you should choose a bow based on your eye dominance (if you are right-handed, you should get a right-handed bow, and vice versa), but there are plenty of archers who are cross-dominant and are killing it.

As mentioned before, windage is one way to deal with it, or you use your “weaker” eye – closing your dominant eye. Many archers prefer an eye patch or cover rather than closing their dominant eye, letting more light in but still focusing using their weaker eye.

It will help if you aim with your dominant eye when shooting a bow. This is because that eye will give you the most information and better focus on the target. In other words, it will provide you with a clearer image of your target on which you can aim more accurately.

To shoot more accurately in archery and other sports involving aiming, you should train yourself to shoot with both eyes open – while aiming with your dominant eye.

A considerably large percentage of archers exhibit cross dominance. This folk has a slight disadvantage because you would aim with the eye opposite to your dominant hand. Leaving you with the problem of aiming with the wrong eye. To compensate for this, you could aim right or left of your target. This is also referred to as windage. Or you “force” your weaker eye to do the aiming (eye patches, stickers, etc.)

I am the founder and chief editor here at BowAddicted. I love my kids, archery, and the outdoors! It's been an amazing journey so far with some ups and downs, but it's worth it to spend time outside with friends and family.