The Most Common Turkey Locator Calls

Outside of traditional turkey calls, which primarily replicate the vocalizations of a hen turkey, most hunters also employ purpose-specific locator calls. These calls elicit a shock gobble from any tom within a hunter’s immediate vicinity. Using such a call enables hunters to choose their setup wisely on any given hunt.

When used correctly, these locator calls can be extremely effective at pinpointing the location of a nearby gobbler. However, it is important to note that these calls should only be used sparingly.

The following are some of the most popular locators calls currently available.

The crow call is among the most popular of all locator calls on the market.

This comes as no surprise to anyone who has ever listened to the thundering chorus of gobbles that typically accompany the repetitive, shrill vocalizations of a crow.

Throughout the day, toms will readily gobble at a hunter’s crow call in most instances.

The sudden piercing note of a crow’s call is often more than a tight-lipped tom can stand, leading to a reactionary shock gobble.

Note: Crow calls are effortless and can be mastered right out of the box in only minutes. Simply blow into the call with the same cadence as that which is typical of a crow’s actual calls. 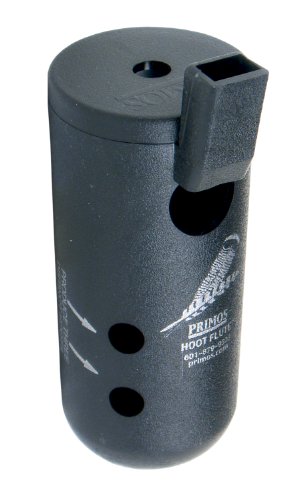 An owl hoot is another locator call that has become immensely popular among turkey hunters.

Though an owl’s hoot is relatively soft in composure, it is often all that is needed to entice a wary tom into giving up his position.

While no one is genuinely certain why turkey shock gobble at an owl hoot with such regularity, its effectiveness is indisputable.

An owl hoot works best during the early morning when the sun is just beginning to peer over the horizon. Additionally, many hunters use an owl hoot of an evening to roost turkeys for the following morning’s hunt.

An owl hoot call generally consists of a hollow tube with a mouthpiece and several holes along its body. A hunter blows into the tube’s mouthpiece while covering these tube’s holes with their fingers.

Note: The call’s pitch can be varied by removing one or more fingers from the holes they covered.

For those who have heard the shriek of a coyote’s howl, it is no surprise that a tom would instinctively gobble in shock at such a sound.

For this reason, some crafty hunters have begun using coyote howlers to roost turkeys in the evening before a hunt the following morning.

While a coyote howler is an effective locator call for evening use, many hunters caution against using such a call in the morning before fly down.

This stems from the fact that the coyote is a natural predator of the turkey, and a turkey is apt to avoid the source of such a sound.

Note: Coyote calls vary in type, some being handheld, mouth-blown units, while others take on the form of a digital recording played out across a set of speakers. The difficulty of using a coyote howler highly depends upon the chosen type.

Many hunters utilize a gobbler call in place of a locator. These calls typically take the form of a baffled tube, which is shaken back and forth to replicate a tom’s gobble.

However, skillful callers can produce a gobble using other hen-style turkey calls.

With immense practice, it is possible to use both a mouth and tube call to replicate a tom’s gobbles.

Likewise, several hunters claim to be capable of doing the same with a box call. No matter the call used, toms have a habit of gobbling at one another’s vocalizations.

This fact becomes evident when listening to pre-fly-down gobbles, which often come in a volley.

read.. a group of turkeys are called

Note: Using a gobbler call as a locator also has an additional side benefit. Toms are highly territorial during the spring months and will often respond aggressively whenever another tom is perceived to be in the area.

It is not uncommon to see a tom sprint into range after hearing the sound of a gobbler call.

While many different types of turkey calls can be used as locators, the most effective ones are typically those that sound like a gobble. With enough practice, it is possible to mimic a tom’s gobble with nearly any type of call.

However, using a gobbler call as a locator also has the added benefit of triggering the territorial instincts of turkeys, often resulting in them coming into close range. If all your regular calls failed, consider trying a gobbler call the next time you are out turkey hunting.