As the last days of November come to pass, rutting activity will slowly dwindle. As a result, many hunters will note a reduction in overall deer sightings, as bucks and does both begin settling into their post-rut patterns. While this can be somewhat discouraging to those still harboring an unfilled tag, there is still a … Read more Diamond is a name recognized by compound archers the world over. This manufacturer boasts a significant track record of excellence, having provided archers with some of the most user-friendly and highly adjustable bows ever produced. Diamond has also gained quite a reputation for producing economically priced bows, many of which retail for less than $500. … Read more 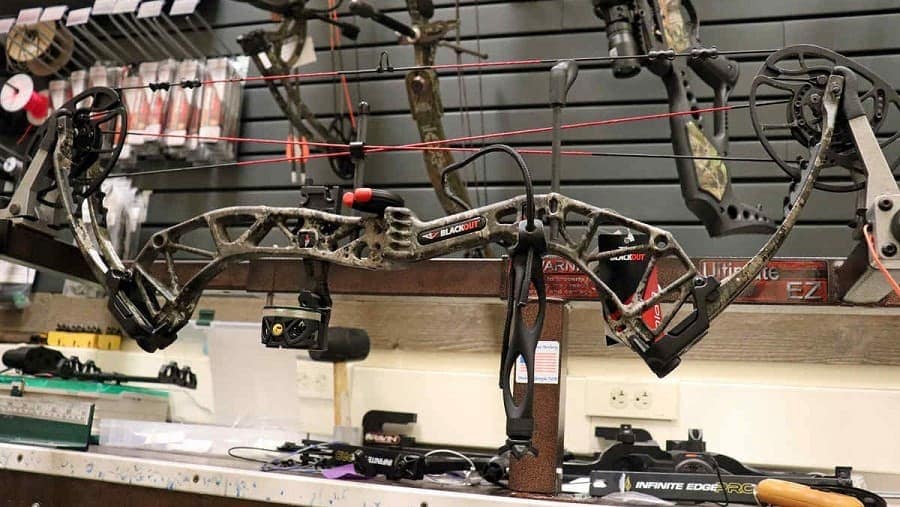 In recent years, compound bow technology has excelled far beyond what many would have ever thought possible. A wealth of new, highly adjustable compound bows have now entered the market space, further enabling every prospective archer to select a model that best suits their needs. Now, more than ever, archery has truly become a sport … Read more If you have spent much time checking out the hottest selling bows on the market or thumbing through your favorite bowhunting magazine, then you are likely quite familiar with PSE. This iconic bow manufacturer has been a mainstay in the archery industry since its founding by Pete Shepley in 1971. PSE was a pioneer in … Read more In an era that has seen bow manufacturers consistently stretch the bounds possibility, it is easy to assume that there are few frontiers in compound bow technology left to conquer. However, Bear Archery has continued to push this envelope, most notably with the release of their new Divergent EKO model. Today, it seems as if … Read more There has been a substantial amount of talk in the archery world as of late, surrounding the availability and popularity of new ultra-adjustable compound bows, meant to cater to any archer. This was precisely the reason that we jumped at a recent opportunity to spend some time at the range with the new Edge 320 Compound Bow. The … Read more Have you ever wondered which bow would prove superior when comparing the Diamond Edge 320 VS Bear Cruzer G2. If so, you are certainly not alone.  While many might argue that the Diamond Edge 320 offers superiority in the areas of raw speed and effective let-off, the Cruzer G2 offers a notable advantage in the … Read more For several years now, Diamond Archery has been riding a substantial wave of success, stemming in great part from their dedication to providing the masses with bows that fit every consumer. This has proven to be a highly successful business model, and many of the bows that Diamond has manufactured, as a result, have been … Read more Have you ever wondered which bow would prove superior when comparing the Diamond Edge 320 VS PSE Stinger Max? If so, you are certainly not alone. Both of these bows are known as flagship models of the brands that they represent, and offer significant value to consumers. While there is no doubt that the Diamond … Read more Diamond Archery has been riding an enormous wave of success that has now spanned almost two decades. Diamond is owned and operated under the provisions of their parent company, Bowtech, which has been a lead player in the compound bow industry for many years.  One of Diamond’s newest, and most highly sought after bows is … Read more If you are searching for the best compound bow, you likely have a number of questions that you are currently pondering. Which compound bow is the best? Which is the fastest? How do I get the most bow for the money? The list of questions goes on and on. That´s why we put together this post … Read more As temperatures continue to fall, and the leaves begin changing in color, excitement builds for the wealth of bowhunting opportunity to follow in the weeks to come. The whitetail rut will be kicking into full gear within the next two weeks, bringing with it some of the best hunting of the season. As bucks begin … Read more When Fred Bear launched Bear Archery in 1940, he could have hardly imagined what his company would become. As the years passed Bear Archery soldiered on, first crafting traditional bows, and later joining into the quickly growing compound bow market. Though Fred Bear passed away in 1988, his company, Bear Archery, continues today, offering a … Read more In recent years, Diamond Archery has blazed a path all its own, offering highly adjustable, user-friendly compound bows to the masses. The company’s Edge line of bows spawned a revolution in the industry, proving that the saying “one size fits all” can indeed apply when speaking of compound bows. Several exciting offerings by Diamond have … Read more Elk hunting is undoubtedly one of the most thrilling of all bowhunting adventures, and one that also requires your gear to be up to the notable task at hand. Elk is hearty animals of large stature that require a hunter to make a well-placed shot to render a clean kill. If a hunter does their … Read more When hunting turkey during the spring of the year, the weather is typically anything but predictable. Across much of the nation, turkey season is accompanied by persistent rain showers, which can often discourage those seeking to fill their tags. Although hunting turkey in the rain certainly comes with its own inherent challenges, significant success can … Read more The CenterPoint Sniper 370 is one of the best crossbows for the value. It has all of the features that you’d expect in a weapon like this, and it’s ideal for target shooting as well as many types of hunting. The pros definitely outweigh the cons. In this Centerpoint Sniper 370 review, we’ll go over … Read more Have you ever wondered which bow would prove superior when comparing the Diamond Edge 320 VS Diamond SB1? Both of these outstanding offerings by Diamond Archery are quite similar to one another in many regards, and the question of which is superior arises quite often.  While many would argue that the Edge 320 holds a … Read more At first glance, one is quick to notice the Diamond Edge 320’s superiority in regards to speed and effective let-off. However, many can also argue that the Diamond Infinite Edge Pro offers greater value due to its more compact design and a broader range of adjustability. But what else beyond the glaringly obvious should consumers … Read more